When using the car on the track the cornering forces are bending the rubber in the wishbones (control arms). Thus changing the desired geometry of the car. This can lead to slower track times and ineffective tire usage.

For that reason we have come up with uniball control arms. Our race wishbones use metal to metal uniball just like used in Porsche RS line (GT2RS, GT3RS). Tested intensively on our Track Audi TTRS.

Most of the cars used on track are lowered compared to stock. Lowering the car has the undesirable effect of moving the chassis lower than the balljoint and excessive lowering results in the situation where the wishbone is pointing upwards at the wheel end. This means you need more steering lock when cornering, the car is sluggish to respond and doesn’t feel as communicative.

This is where our version of wishbones comes to fix this offering modified kinematics option. This version can only be used with our front tubular subframes.

We are using same T45 tubing as in WRC cars, our wishbones provide increased stiffness and extra adjustment. All factory parts bolt up to this unit, no other modifications are necessary.

More pictures with additional information at the bottom.

Product functionalities:
– Adjustment both caster and camber (up to -4.5 degrees)
– no rubber to bend, you will not loose the geometry set when doing aliment
– corrected bump steer
– works ONLY with our tubular subframe (WAS-560 or WAS-550). For standard subframe use this product.
– enables removal of the wishbones with out the need for removal of the subframe

Features:
– CNC machined 7075 aluminium insert and anodized in silver
– T45 (BS4T45 to BS4T100) tubing imported from UK and S355 metal sheets
– proven motorsport M18 uniballs (the same type we use in our Lancer EVO X kits)
– plug and play to use with the car inc xenon sensors

T45 is a very unique seamless carbon based steel tube that has been used in many applications in different industries. It is stronger than Co-Mo 4130 tubing that also used in motorsport. It is widely used in the aerospace sector in equipment such as pilot’s seats and crew’s seats due to the materials ability to withstand high G forces without snapping or splitting. This material is a Carbon Manganese based and conforms to the full Aerospace Specification laid down by British Standards.

Note: It is necessary to remove rubber o-ring (1K0423187) in order to fit steering rack in new higher position. Note: Sold for off road, track and racing applications only. Installation of this rear arm kit might introduce some additional some NVH (noise, vibration, and harshness) transfer into the cabin.

Additional information – benefit of using our lowered version of the wishbones.

One of the first things to do in improving stock car cornering performance is lowering its center of gravity, by decreasing its ride height. Unfortunately, it also changes negatively original suspension geometry and kinematics. To prevent it, our wishbones and subframe combo provides modified suspension mounting points, which corrects bump steer and roll center for better car handling and responsiveness.

Besides correction of roll center height, it also helps with camber gain (change of camber angle within suspension travel). In circuit racing, priority is to optimize it, to reduce positive camber in corners for better grip and that is what our additional mounting provides. 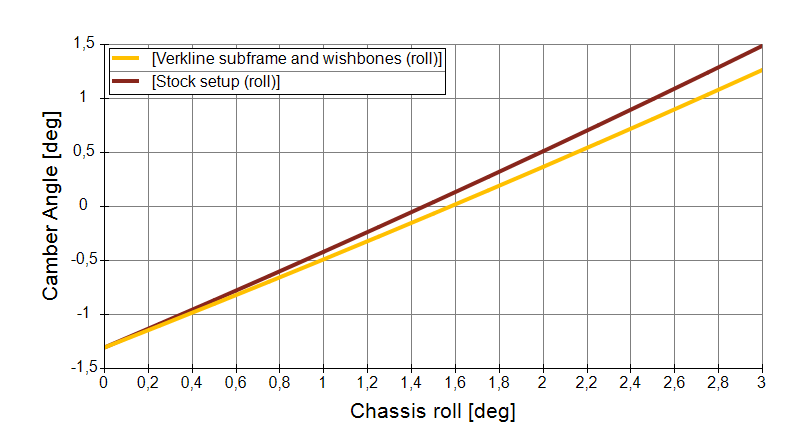 To address this issue with the come up with our wishbones + subframe set. 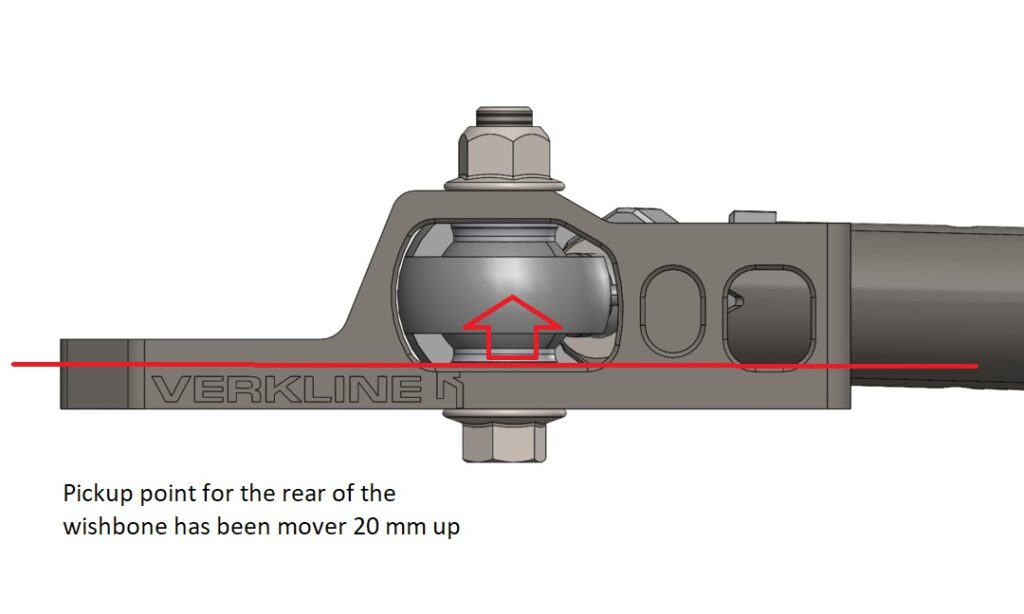 The front mount of the wishbone is lowered on the subframe mount. Lower mount hole is standard height, higher mount hole is to be used with our lowered wishbones (+20 mm). 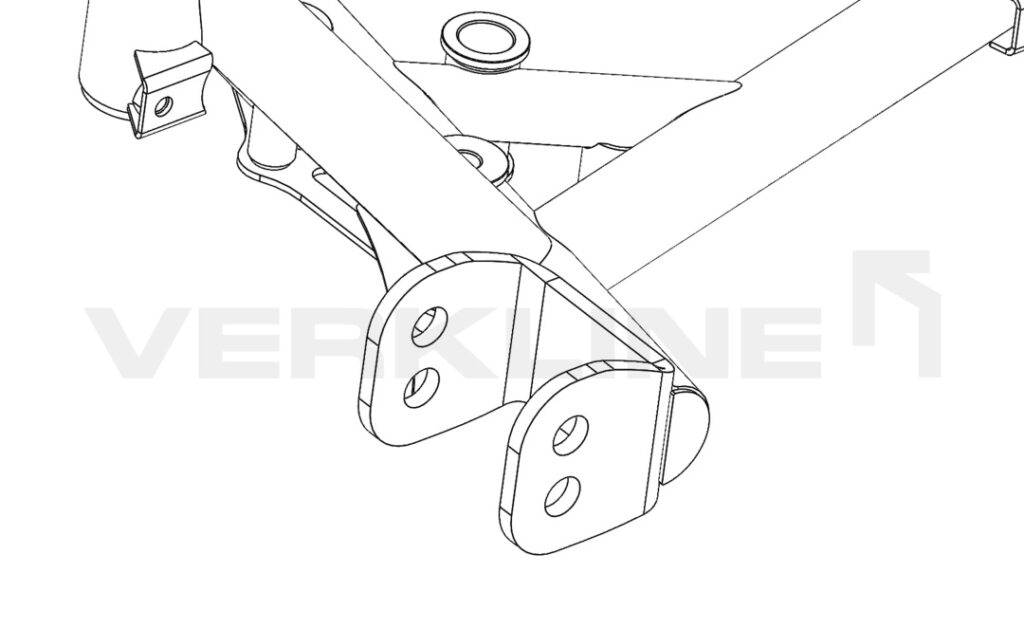 
If you are outside the UK, please ignore the notification and close the window

We have detected that you are located in North America, if you want to be transferred to the North America official distributor website click the button below.


If you are outside the North America, please ignore the notification and close the window